I’ve been working professionally in the UK arts scene since 1998, but I originally hail from Vancouver, Canada. I’m an opera singer, actress, producer, teacher, voice-over artist, and now a cabaret artist. Pretty much anything that involves using my voice, I do it!

My older brother. He’s someone I’ve always looked up to. Don’t get me wrong, I loved a lot of people on the silver screen, but I’ve never been much of a hero worshipper. I’ve always been one to want to cut my own path and find new ways to express all that is me.

When I walked onto a stage in college, there was a chair left on stage by a performer who was meant to take it off when they finished. Everyone was freaking out as to what to do, as the chair was having a huge gestalt moment. I just walked out there, looked at the audience, they laughed, I was hooked and carried the chair off stage.

(My parents will say, it’s when a friend of the family used to play the accordion and I would just sit next to him and sing – sadly, I don’t really remember this.) 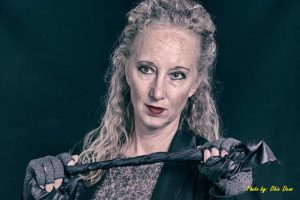 Everywhere – I just open myself up to all that is around me and listen, watch and sit in a bathtub, or just sit – when I let myself. Walking helps, going to places I’ve never been before, trying new things, talking things out with others – you name it. I’ll grab it and run with it and create all sorts of crazy ideas. I realised in my early 30’s I had no problem with creativity (up until then I didn’t think I was very creative), it’s more of a problem to discern which ideas to use and which ones to store for later.

As much as I’d like to say that the world has moved on from the idea that women over 50 are valued and treated equally, that just isn’t the case. I think we face an eternal problem that all equality starts with accepting that men and women are equal. Every other equality after that is just another layer to the problems.

If we can’t get the overarching differences to be seen, accepted and appreciated as equal, how do we break it into categories of equality? Really, we have a lot in common. Plus the differences are what makes us work well together in all things and help fill all the blanks that life gives us. If only we would look with the eyes of appreciation, rather than the eyes that see how we don’t fit together.

Nope, it’s not, it’s never too late. Don’t you dare ever believe it. Fight with all your might, meditation, positive beliefs and soul, and never believe it’s too late. It’s only too late when you say it is for you. It’s nobody else’s business.

Why? Cause they are all still doing it and some came to it later than others. They have a belief in what they do and who they are or, at least, they come across as that.

Be curious and enjoy the ride (including the falls – might as well enjoy the descent too! Might make the landing a little easier). 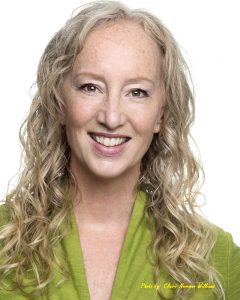 Iridescent with an ever-changing kaleidoscope centre of changing possibilities.

Catch Debbie performing at the Scratching the Glass in Brighton on Friday, 6 March, or see her full show at the Shirley Knot the Siren Cabaret at Fringe Theatrefest in Barnstaple on 25-28 June.