It says ‘entertainer’ on my passport – so that’ll do. More specifically, I am a cabaret artiste, a songwriter, and an actress. I’m about to launch a blog aimed at saving money and the planet. Nothing too ambitious, then, ha! I’ve been working in show business since 1978.

I went through a phase of wanting to be an engineer, as I liked the idea of building roads and bridges. But mostly, I just wanted to be on stage.

There was no moment that I can describe in that way.

However, I remember the utter joy I felt when I went from working in the box office and selling ice cream at the Kings Theatre, Portsmouth, to working backstage instead. I was only going to be an ASM (Assistant Stage Manager) but it felt like a very important moment. I jumped all over my mother’s bed in a state of ecstatic happiness the night I got home and told her the news.

Then about 3 years later, I was accepted into drama school (LAMDA), which made me think I had enough talent to hope for a career. That was magic. 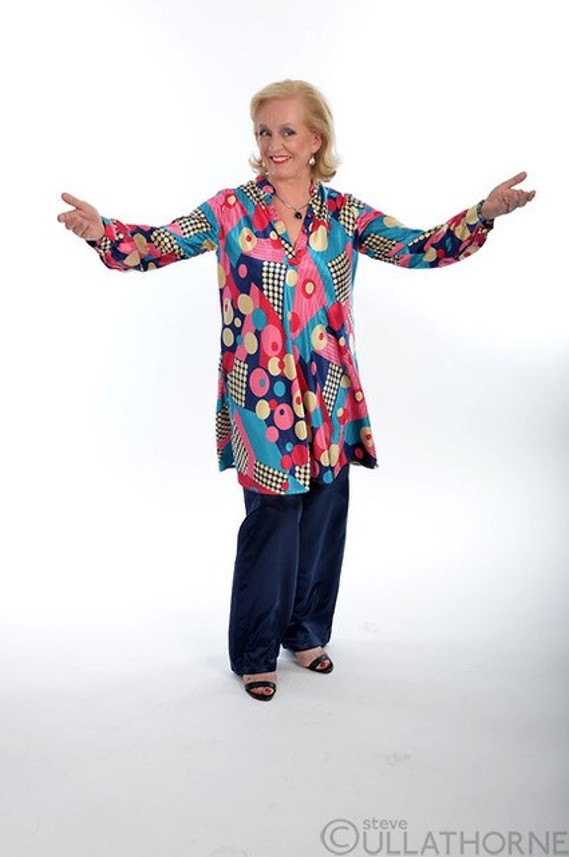 My mother, my father, and money.

My parents thought I was consorting with riff-raff and I was as good as becoming a prostitute. We were deeply middle-class and my parents were woefully obsessed with their position. Thus they refused to fund my studies at the drama school. Even though it was all I ever wanted. And because my father’s earnings were too high, I could only get the minimum grant.

However, I was DETERMINED. After applying for every grant and bursary going, and writing to everyone and anyone who might be able to help, I got my fees paid by Jim Slater, the famous asset stripper. Jim Slater was a hero of my parents, and when I announced that he was paying my tuition, they reluctantly (but bemusedly) agreed to give me £100 per term to live on. I earned the rest – temping, working in a bar, and artist modelling (I even had a stall in the Portobello Road on Saturdays). I ran for 3 years and I’d do it all again.

If you’re asking where I get the ideas for my songs, then the answer is in everyday life. It doesn’t feel like inspiration because, by and large, I mull an idea over and over for ages. It creeps into my head as a subject, rather than arriving in a ‘ping’ moment.

If you’re asking where do I get genuine inspiration, then the answer is in the loo. This isn’t as crazy as it sounds. I often get horribly stuck when I’m writing, and then I go to the loo and the solution pops into my head. I come bouncing back into the room and my two colleagues say, “She’s been to the loo and she’s had an idea!”

I create my own work most of the time, so my main challenge is in trying to galvanise myself to work and write.

By all means, have a go, but be prepared for it not to work. And that applies at ANY age.

But also, have something else up your sleeve that you love to do.

I enormously admire Randy Newman for his astonishing songs and his work ethic.

Hat down, collar up, shoulders into the wind.

Can’t I just be a rainbow? I adore rich bright colours. There’ll be enough absence of colour when I’m dead.

Catch Dillie this spring at one of her upcoming shows! She will be playing cabaret at the Pheasantry, Chelsea, London, and has 5 dates. You have no excuse to miss her. But if you do, you can always chat to her on Twitter.