When was the last time something (not someone) punched you in the stomach? When was the last time you felt that nauseous feeling which told you ‘I have to do this’. Have you ever acted on it and where did it lead? I felt that punch for the first time over 20 years ago and it changed my life. I would like to tell you my story about the most memorable and the most influential ‘punch in the stomach’ I’ve ever experienced.

How it all began 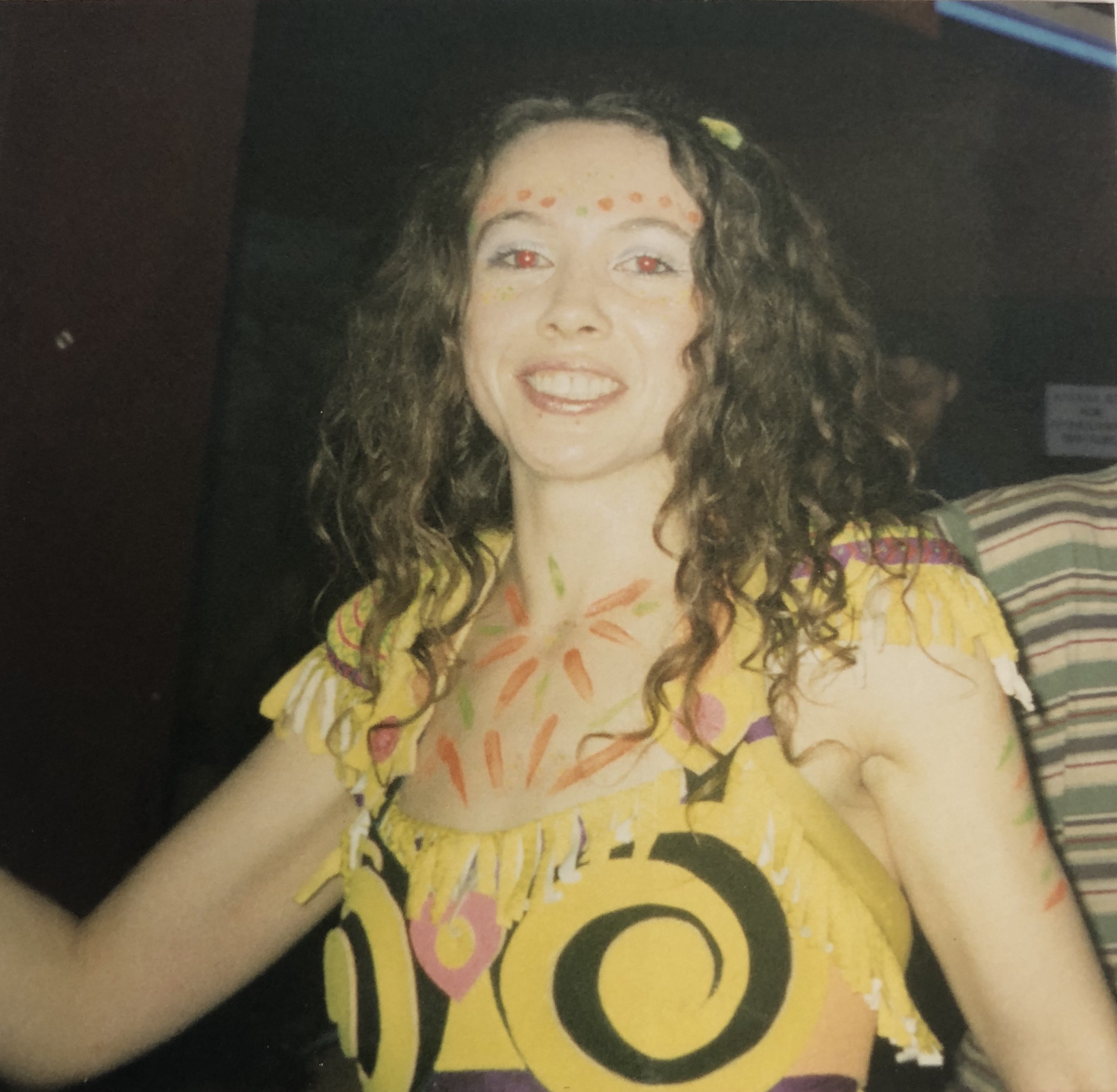 I was in my early 20s and I was a typical young adult. I liked to dress up, rave in front of the speaker and in general be in the centre of the party. I spent a lot of my free time doing theatre. I participated in a number of school plays, summer schemes and was also part of the Ulster Youth theatre. I never thought about theatre as a career but neither did I want to follow the path of conventional formalised learning. Then one day everything changed. I remember going to the Little Festival, walking into a Big Top and stumbling upon people rehearsing for the show. And that was it. That was my first ‘punch in the stomach’. I was standing there completely mesmerised with my guts twisting upside down. My subconscious was telling me ‘I need to do this’ whilst my brain said ‘no chance’. I didn’t know this back then, but that was the start of my career.

My first steps of happiness

I didn’t act upon this ‘gut feeling’ straightaway. I actually waited for the second wave of inspiration which came very similarly at another festival. This time I was in Glastonbury observing people who were spinning fire. Exactly at that moment, I knew it wasn’t a coincidence. I needed to do something about this little worm inside of me or otherwise, it was going to eat me for the rest of my life. So I did. I bought my first spinning staff.

I had no experience and had no teachers, other than one lesson I got from the guy who sold me my staff. In the eyes of the society and experienced circus artists, I was too old to even think about a career as a circus performer. Gretchen Rubin, the author of ‘Happiness Project’, once said that ‘You can choose what you do, but you can’t choose what you like doing’. It was obvious from the first moment on that I was completely hooked.

I can’t say that I had a plan or a vision to ever perform professionally or turn this hobby into a career. All I knew was that it brought me joy and I wanted to spend every minute I possibly could playing around with my fire staff and learning new tricks. My poor dog has seen countless of my mini- performances on his daily walks! So for the next couple of years, I just worked, saved money to travel and practised as much as I could.

So it happened that my travels took me all the way to California where it all really kicked off. I think I was lucky to be in the right place at the right time and here I was, at a party organised by a performance troupe. Of course, I wanted to somehow contribute to the party spirit, so I did what I knew how to do best. I lit up my staff and started fire dancing.
Little did I know that the Burning Man producers were standing in the crowd and I will soon be invited to perform at one of the biggest world-renowned festivals. A few months after the BurningMan I was already performing at corporate events in San Francisco and sharing the stage with the Foo Fighters and the likes! I was doing quite well for someone who was ‘too old to perform’ and had only ONE fire spinning lesson.

However, this wasn’t even the peak of my career. Fast forward another five years and I’m back in Glastonbury. This time as a solo performer at brightFX’s pyro circus show Ignite. A few more years after that I came across contact juggling which once again I’ve been put off by so many people! They said that it’s ‘so difficult to master’ and look at me now! I am a professional contact juggler; I am constantly learning new skills and most importantly still performing!

The moral of the story

My career was a long and inspiring journey. It started with a ‘punch in the stomach’ and no vision, just the desire and drive to do things that made me happy. I had no formal education, never went to circus schools and according to a lot of people ‘I was too old to master any of these skills’. However, I still went with my gut instinct. I can’t say that it was always easy to keep my faith but it definitely led me to where I needed to go.

I’m turning 50 this October and I want to do something extra special for my birthday. I want to show people that there are so many amazing artists out there who similarly to me might no longer be in their early 20s, might not have taken the conventional route to success or maybe started their careers later than others. I want to inspire them and prove to them that age is just a number and it’s never too late to learn anything. Keep your eyes peeled because I’ll soon be announcing something very exciting!